The Problema with Telenovelas 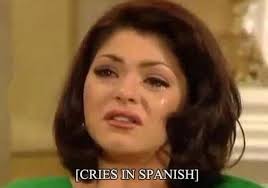 Telenovelas. Some of you reading have probably never seen that word and don’t know what it means. Or maybe some of you are like me and come from a family obsessed with them and know exactly what they are. But for those of you who don’t know, telenovelas are soap operas of Spanish or Latin origin.

From a very young age I was introduced to these extremely dramaticized tv shows that I grew to greatly enjoy. However, as I grew up I began to notice a huge flaw within these soap operas: the lack of varying story-lines. The number of times I have seen the poor woman falling for the wealthy man are countless.

Many telenovela viewers can agree that there are always many subplots seen throughout the soap opera. Yet, the recycled story-line of the lives of the rich and poor coming together always seems to become the major plot. This becomes a problem when these recycled story-lines begin to bore avid telenovela viewers and lead to us flipping the channel on the shows we were once so hooked on.

Network executives have taken a notice of viewership decline in the past years and have used scheduling changes as a solution to their problem. Most recently, Univision replaced telenovela Despertar Contigo with talent competition Pequeños Gigantes USA for their 8 p.m programming and increased their viewership by 14%. In February, telenovela Mi Adorable Maldición racked up some headlines by having host Conan O’Brien make a guest appearance. Despertar Contigo and Mi Adorable Maldición both revolve around, you guessed it, the rich and the poor falling in love.

If network executives really want to make a significant change within their viewership they would realize scheduling changes and guest stars are not always the answer, this could only work for so long. A real and effective solution would give the audience what they want. Enough with the fairytale story-lines, we want something new and refreshing. We want change.