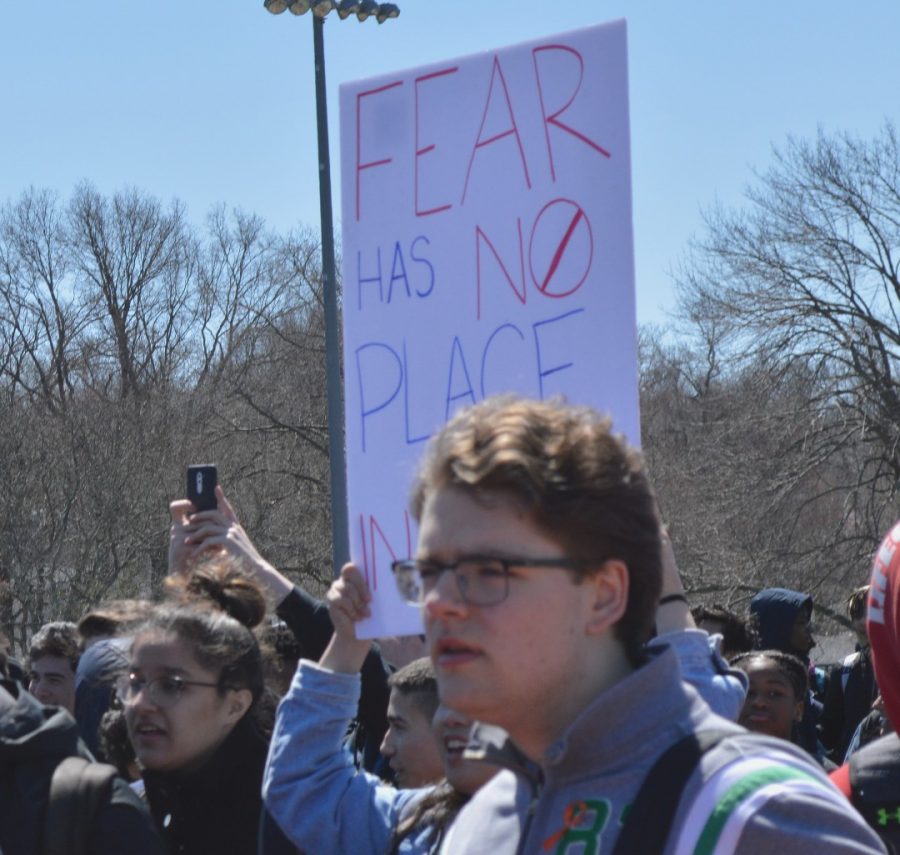 Three walkouts were held at West Orange High (WOHS) in response to the shooting at Marjory Stoneman Douglas High School. Of the three, two were more noteworthy. On Mar. 14, a walkout was held in remembrance of those killed at Marjory Stoneman Douglas High School. By the end of the event, the student organizers promoted another, national walkout, taking place on Apr. 20. This second event coincided with the 19th anniversary of the Columbine High School shooting, in order to make a statement on gun control.

March’s walkout began with an opening from Principal, Mr. Moore thanking everyone for cooperating and telling the crowd of students squeezed on the field that they should be impacted by what was said. Other than Mr. Moore’s speech, the 17 minutes were spent describing the lives and interests of those lost. 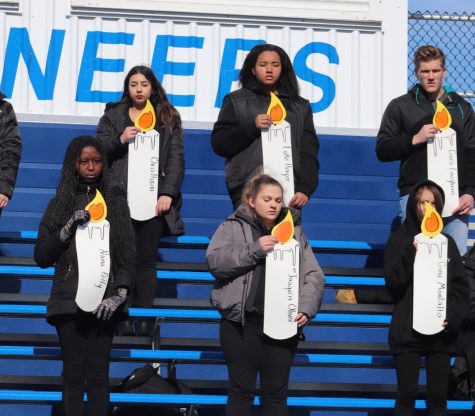 The organizer’s paper cutouts of candles were symbolically lit after concluding their blurbs on each of the victims. Sophia Torres, a senior at WOHS and walkout organizer, closed the event with the words “Never Again.” It was a minor allusion to the gun reform movement of the same name, however, it was said generally with no political sentiments. The crowd then dispersed and the students returned to their classes. 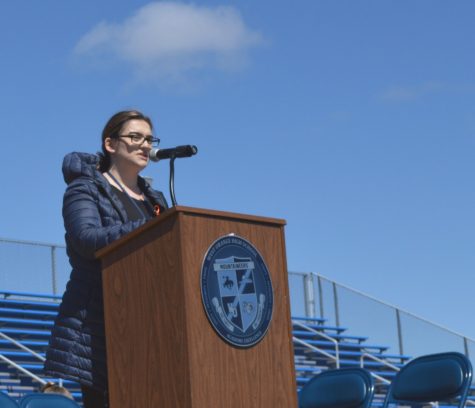 The same organizer’s announced a protest not a victim’s memorial. The protest was intended to be more than chanting and marching but also include a number of speeches and art inspired by the shooting and span over two hours.  Instead of taking place on the bleachers overlooking the field like the memorial, a stage was set up closer to the field with an adjacent band. Mr. Moore spoke once more at the beginning, but the voice was given to students after he noted the importance of student voices. 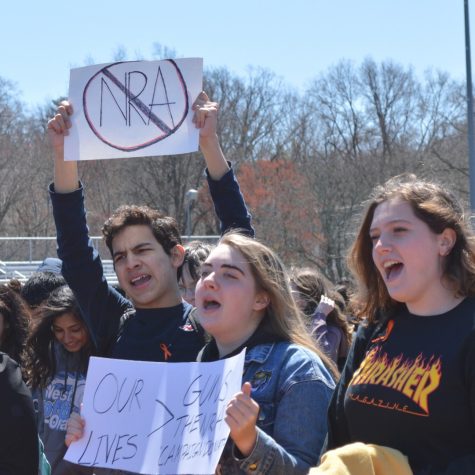 This theme of power to the people and the impact of democracy was conveyed throughout the walkout. The many speakers placed the solution in the people’s influence to elect officials supporting gun reform and legislation to solve issues like school shootings, gun violence, and police brutality. The mixed-media piece from senior, Desiree Rivera, and the poem “Lockdown” from freshman, Olivia Ridley, both convey a desperation for the people’s voice. Rivera’s art includes the phrase “Policy and Change.” Ridley’s poem included similar moderate solutions echoed by the speakers, noting how guns do not have to be banned for change to happen. 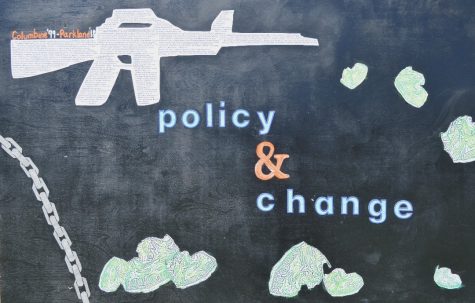 The event was a culmination of frustration with the National Rifle Association (NRA), public officials, and ongoing violence. While a majority of WOHS students cannot vote, the purpose of the event was to allow student voices to be heard and show all voices matter.

The appearance of Assemblyman John McKeon and acknowledgments from Senator Cory Booker show that WOHS students have been noticed.