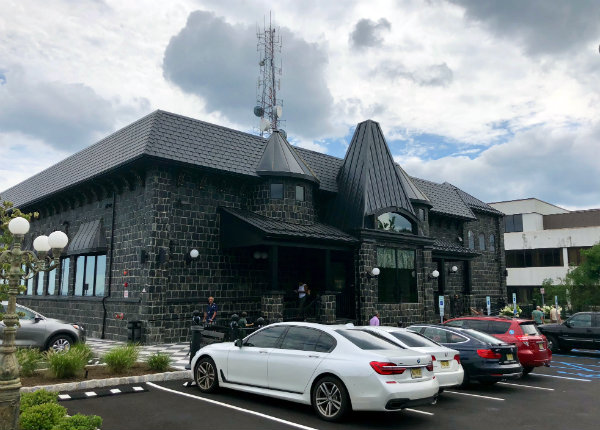 WEST ORANGE, Nj — The Chit Chat Diner, located at 410 Eagle Rock Ave in West Orange, opened this summer on July 31st and has been a hit ever since.

This diner is truly fascinating. Huge chandeliers hang from the ceiling, polka dots cover the walls, and the booths are exotic colors. It makes the customer feel as if they’re in Alice in Wonderland. While the inside is warm and inviting, the outside looks a bit spooky with its odd structure and dark colors. The view from the back of the diner is also stunning. The NYC skyline lays behind the Eagle Rock reservation, creating an incredible view.

One of the issues the younger generation has with Chit Chat Diner is that it closes at a fairly early 9pm. This is said to be temporary, however, with Lola Katsanos, owner of the Chit Chat Diner, stating she plans to build up to a 24 hour diner eventually.

After asking a few students here at WOHS, their thoughts on the diner were all very similar. Junior Ryan Rivera summed it up well when he said, “The design looks really good. The food was decent but overpriced. I got chocolate chip waffles which tasted excellent, but for $11.00. The prices were my only problem with the diner. I would go back.”

The staff also contributes to the diners early success. Most are very experienced because they stayed in the same location after Eagle Rock diner closed in 2015. They also brought over new employees who are dedicated to the success of the diner.

Overall, the new diner is a great addition to West Orange. It brings a new and delicious variety to the town. Once it is open 24 hours, it will be a great place to get a quick meal late at night with your friends. Don’t miss out!