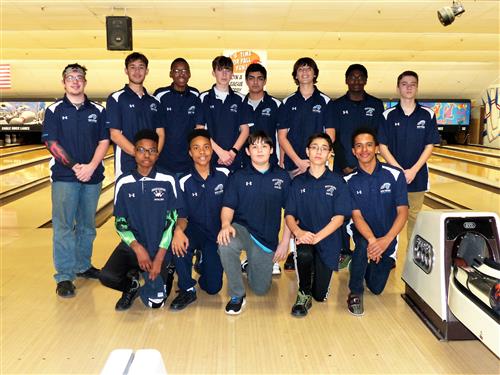 The WOHS bowling team last year at one of their tournaments.

Coming off an undefeated season, which concluded with a 7-0 win over University High, head Coach William Urbanski is very optimistic about the upcoming season.

“Our goals are, #1, to accomplish what we did last year with winning the conference, the county, and then hopefully winning the state this year,” He stated.

This year’s team is led by returning bowlers Kieryn Knox, Justin Soto, and Garret Weinstein. After losing numerous seniors from last year’s squad, Coach Urbanski is looking to his veterans to take a leadership role. “We had three seniors who graduated. They were good leaders for the program, so now this year we have 10 returning bowlers from last year’s program so we’re just filling in those empty slots and whoever steps up, that’s who is gonna bowl.” Urbanski stated.

This season the team has picked up right where they left off with a 5-0 start. When asked what has allowed his team to enjoy such success, Coach Urbanski stated, “Practice. Those guys are always in the bowling alley. Always practicing on the weekends, on the off days.”

The team hopes to build off last years momentum with continued dominance and bring home  victory in the state championship.