Girls Up: The First Ever WOHS Female Empowerment Club 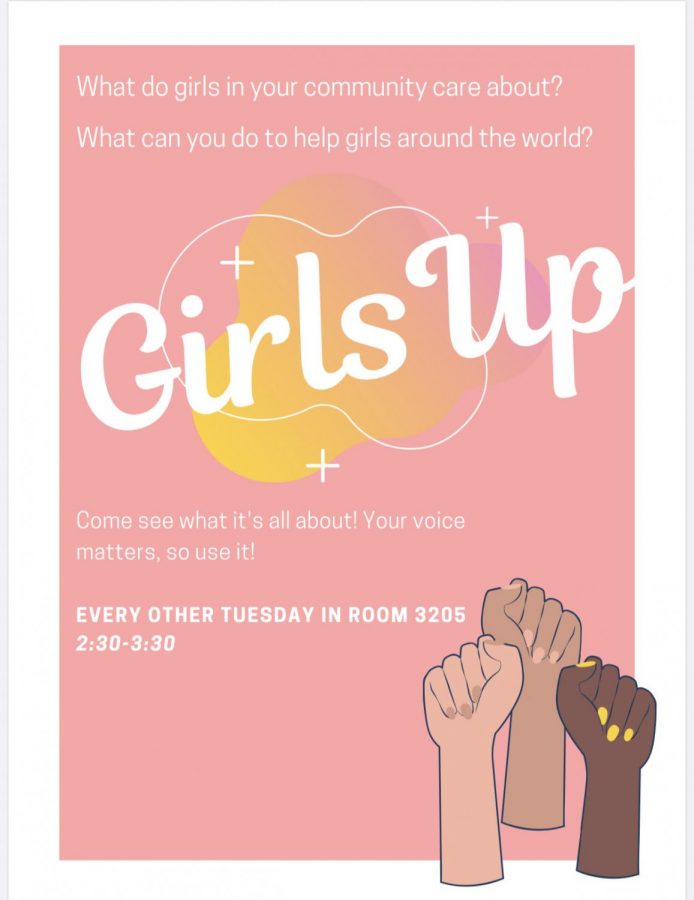 Last year, English Teacher Ms. Baker officially launched the first meeting of the Girls Up Club, a women’s empowerment club of West Orange High led by junior, Riya Goel. In the warm summer days of June, every single seat in room 3205 was filled with girl students from every grade as all were eager to join the very first female empowerment club.

This eagerness has not changed, just as Ms. Baker’s dedication to educate and uplift her students has not wavered.

Girls Up has always been an idea that Baker wanted to introduce as a club, but a lack of student interest delayed it’s creation. Baker noted that it was Riya Goel, a junior here at WOHS dedicated to women’s empowerment, that brought her ideas to life.

Since it’s initial launch, Girls Up meets every Tuesday in room 3205 to engage in conversations and activities that increase political consciousness, career readiness and the impact that they can have in their communities as young women.

Over the last few months of the school year, Girls Up has introduced various activities including an opportunity to call New Jersey Senators and Representatives like Cory Booker or Donald Payne Jr to ask for their support in signing the Keeping Girls in School Act. Students were eager to practice their public speaking skills and gain political consciousness in a quick 2 to 5 minute phone call.

On top of increasing political awareness, Baker she expressed that a common goal of the club is to help introduce different career paths to young girls. Riya, a passionate feminist dedicated to gender equality, introduced the idea of Speaker Series where she invites different female professionals to the club to speak about their career.

The dynamic duo has introduced a handful of careers to the Girls Up Club throughout the school year with their Speaker Series.

In celebration of Breast Cancer Awareness Month, Ms. Baker invited a midwife named Catherine Mcabe in October to discuss women’s health and how all young women can become more health conscious by “knowing your normal”. Mcabe informed students of common tell tale signs of Breast Cancer and some tips on self examination tests to spot Breast Cancer early on.

Last month, social media manager of the company Sterling, Katelyn Brower, gave tips on how to create a Linkedin account to begin the networking process as a highschooler. After a short seminar on Linkedin, Browser also gave tips on how to balance professional social media posts with personal life stating that  “social media can definitely be stressful but I try to find things that help me destress”

Reflecting on her own highschool experience, Baker noted that if she had a club like Girls Up at her highschool, she most likely would have had a different life path. With the Speaker series, Baker wants her students to know that they all “can do anything in life.”

“I went to a Catholic school, and there were a bunch of Nuns. Nobody wanted to be a Nun [laughs]. If I had a club like this in high school it would have given me the confidence to branch out and try new things.”

Ms. Baker has many qualities that make her perfect as the advisor of Girls Up. As a teacher, she fosters a mother like aurora and she truly cares about all of her students dearly.

If there’s anything that makes Baker an equitable teacher to advise Girls Up, it’s her dedication to ending any conflict between girls and using school fights or arguments into an opportunity to help young girls be more kind toward one another.

Girls Up has also equipped it’s members with social consciousness, teaching them how to better the lives of underprivileged communities just miles away from West Orange.

This past Holiday season, the club conducted a care package drive with a non profit organization called the Sierra House, which provides care to young women throughout the East Orange area. They donated toiletries and other necessities to the East Orange based company. In future endeavors, members of the Girls Up club hope to participate in events such as the Relay for Life, Breast Cancer Awareness Walk and the female leadership conference Inspire Her that will held in February.

West Orange Highschool is home to many clubs that specialize in giving a safe space to a variety of demographics such as the African American Heritage Club, the Asian Culture Club and the GSA, but prior to Girls Up there was never a club that gave young women an opportunity to join together and discuss real world issues faced by women worldwide.

The Girls Up club of WOHS would like to welcome any students interested in joining the club. Stop by room 3205 every other Tuesday afterschool to become part of an uplifting and inspiring environment for young women.