Capitalism is Destroying America. Socialism is the Only Alternative. 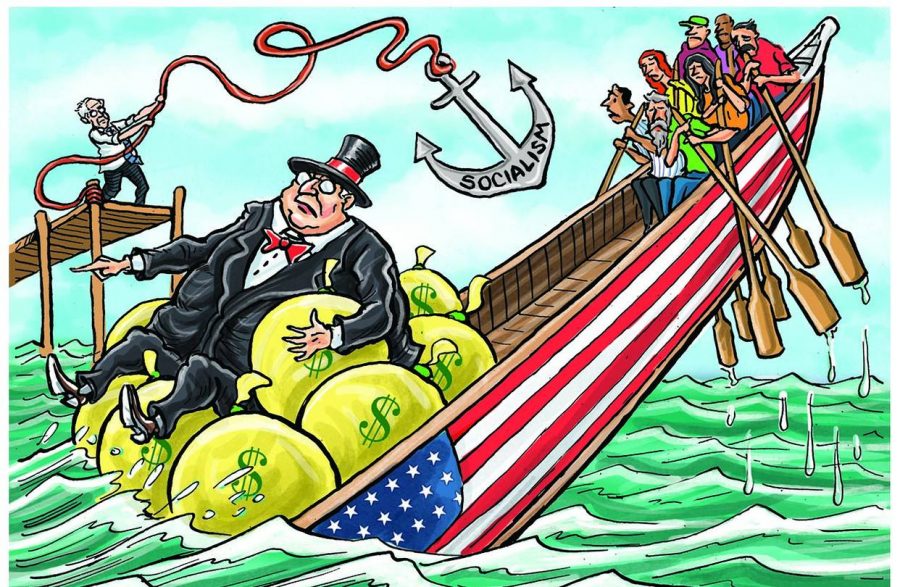 “Call it democratic socialism, but there must be a better distribution of wealth within this country for all God’s children.” Martin Luther King Jr spoke these wise words in 1961, and capitalism has only gotten worse since then. Rich people are getting richer and the poor get poorer. 40 million people live in poverty all over America when there’s more than enough wealth for everyone. In fact, if it were distributed evenly, each individual would have $343,000. Some argue that the status quo is fine as it is and that the free market is efficient. This is baffling when every decade or so, a new recession devastates the country. We as Americans need to realize that this system is not the only option. If workers owned the means of production and money was distributed fairly, our economy would be much more efficient and unbiased.

Proponents of capitalism claim that innovation can only take place in a market system. Market systems, however, have only existed for a few hundred years and innovation has existed for as long as humans have. Also, those in poverty do not have the time, education, or funds to innovate or invent. In this way, capitalism closes us off from so many potential tech and ideas. Cuba, despite the heavy sanctions placed on it, has made major innovations in the field of medicine. Cuba is by no means perfect, of course, but it is an interesting case study.

Almost all scientists agree that man-made climate change is real and on track to devastate our planet. Then why do so many people disagree? The answer is a colossal global warming denial machine, funded by companies like Exxon Mobil. Greedy fossil fuel companies want to make more money instead of doing the right thing for the planet and the people on it. In a free market system, the wealthiest businesses are ones that put profit over people. This is clear enough from the immense amount of money Exxon Mobil rakes in ($7.8 billion dollars). Global warming’s effects will be irreversible in a decade, yet our economic system stays the same.

During his lifetime, Martin Luther King’s views on equality and civil rights were widely viewed as radical. We now recognize he was ahead of his time on those issues. When will his legacy as both a pioneer of racial and economic equality be realized?