BHM: Eye of the Tiger 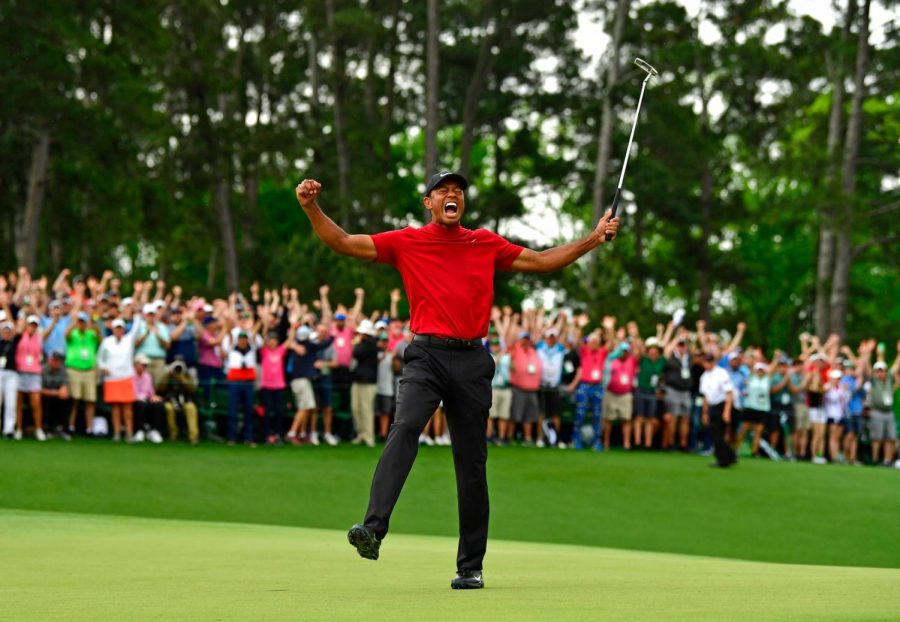 Eldrick Tont Woods was born in Cypress, California on December 30, 1975. This name may not sound familiar because Eldrick got his nickname “Tiger” after a Vietnamese soldier who was a friend of his father’s in Vietnam. Thus birthed the legend that we now know today as Tiger Woods.

It is no surprise that Woods became as notorious as he is, being that his first taste of fame came at just two years old. Hearing of a very talented, young golf player, Woods was invited to participate in a putting contest with Bob Hope on the Mike Douglas Show. 13 years later, Woods had become the youngest at the time to win the US Junior Amateur golf championship. He would go on to win two more and at the age of just 21, Woods turned professional and signed a five-year endorsement deal with Nike worth $40 million. The world had never seen such a young, talented, and successful African American golfer.

Immediately, Woods used his fame to benefit minorities. Just a year after turning pro, Woods formed the Tiger Woods Foundation for the promotion of minority participation in golf and other sports. That same year Woods became the first black winner of the US Masters and became the No. 1 ranked golfer in the world. At 21 years, 24 weeks, he was the youngest player ever to hold the No. 1 spot. He would then go on to hold the record for most weeks ranked 1st in the Official World Golf Rankings at 683. At the end of his career he had collected 14 major championships and racked up 79 PGA Tour Wins, and from 2004 to 2011, Woods was the highest paid athlete in the world, making $105 million in 2010.

Golf, a game that has been dominated by upper class white men, has been revolutionized by the success of Tiger Woods. Until 1982, all the caddies in the Masters tournament had to be black. Now, Woods has won the Masters four times and changed the sport completely.