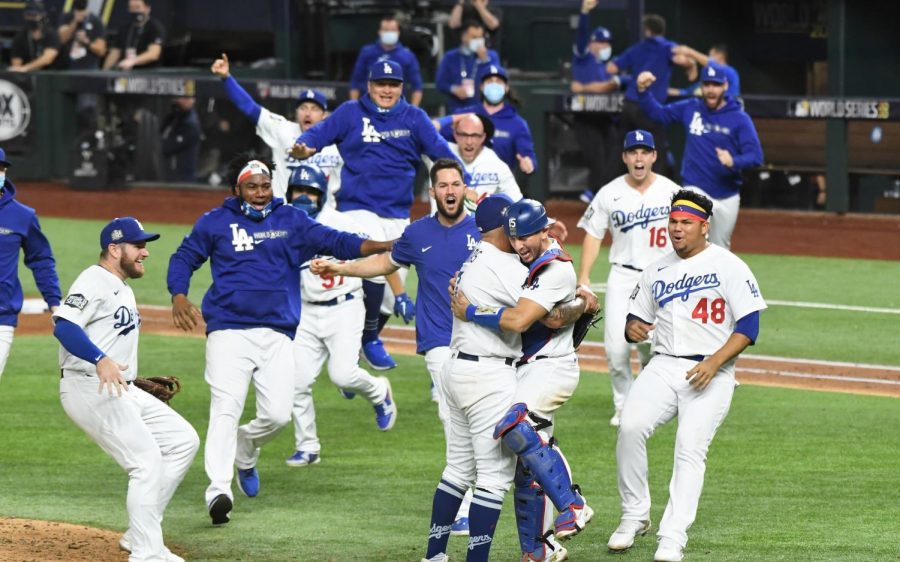 With the 2020 MLB season at an end and the Los Angeles Dodgers crowned champions over the Tampa Bay Rays, it is hard to say whether this COVID-19-stricken season was a success. In the current situation, the MLB did fairly well in terms of limiting players’ exposure to the virus. Whether it was by limiting travel or making testing widely available, baseball succeeded where some other sports did not.

However, this may have come at a price. TV ratings for this year’s World Series were at an all-time low. Game six topped out at just 10.3 million viewers, making it the least-watched elimination game in World Series history. Compare that to game seven of the 2016 World Series, where over 40 million people tuned it. Why weren’t more people watching the World Series? The answer may lie in the hindrances caused by the COVID-19 pandemic and the effects they had on the sport.

In typical 2020 fashion, America’s pastime received a complete overhaul. The COVID-19 pandemic forced the MLB to shut down its operations and push Opening Day from March 26 to July 23. This late start required the league to shorten its season from the usual 162 games to 60. This was not uncharted territory for baseball, though. In 1918, World War 1 cut the season short to 140 games. In 1981, a players’ strike led to a 107 game season. Perhaps the most famous shortened season came in 1994 when a fallout between the players and owners regarding the Collective Bargaining Agreement resulted in the cancellation of playoffs and the World Series for the first time since 1904.

Accordingly, this year’s postseason has been anything but normal. In order to work around the shortened season and drum up interest, the MLB drastically adjusted their playoff format. An expanded format, neutral sites, and a reduction in off-days were all aspects of the new setup.

Within the new format, 16 teams reach the postseason. In years past, only 10 did. Traditionally, the wild card teams, those that did not win their divisions, faced off against each other with the winner then facing the top seed in their league in the division series. Following the new format, there are now two wild card teams and two second-place teams. This means that each division has at least two representatives, a first and a second-place team, and possibly a wild card team as well.

Another new aspect of the expanded playoff format is the increase in the number of games. Formerly, the wild card series was a single game play-in series conducted strictly by the two lowest seeds in both leagues. Now, all 16 teams play a three-game series.

After the wild card series, the formats are widely similar. The winning teams play in the division series, then the championship series, and finally the two league champions face off in the World Series.

The 2020 MLB season, specifically the World Series, marked a steep dropoff in viewership. This may be attributed to restrictions caused by the COVID-19 pandemic, competition from outside media, like the impending presidential election, or declining interest in baseball. Hopefully, the game will return to full form in 2021, with games played at home stadiums in front of tens of thousands of cheering fans.