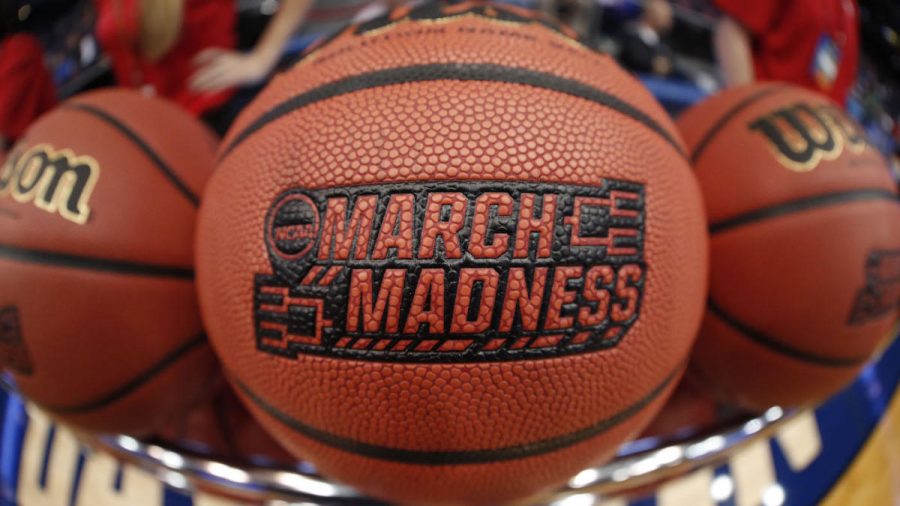 As I’m sure you’ve seen on social media, the men’s and women’s NCAA national tournament this year look a lot different.

The men’s tournament is being held in Indiana, while the women’s is being held in Texas, so for those wondering, no they cannot share the same facilities and receive the same treatment. Instead, it has been very clear everyone who the NCAA heavily favors and who their main priority is. 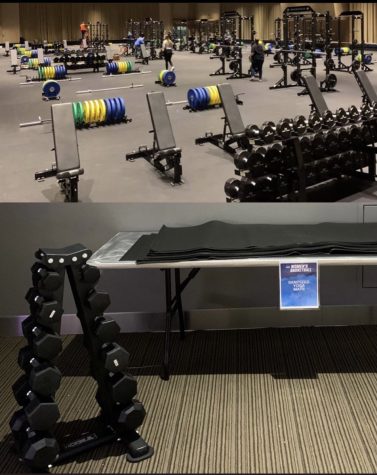 Following the arrival of the women to their facilities, a picture started spreading rapidly across social media of the comparison between the men’s and women’s weight rooms. The men’s weight room looked like a college weight room with plenty of squatting racks, weights, and different lifting equipment. Meanwhile, the women’s “weight room” consisted of a small rack of dumbbells, a few yoga mats, and one stationary bike. It doesn’t take a gym rat to see the clear disparities between the two set ups.

Oregon women’s basketball player Sedona Prince addressed the issue by releasing a tik tok, which received about eight million views, that covers the gaping difference in the weight rooms. She added an important piece of information, stating that the NCAA claimed that lack of quality in the women’s weight room was not from a lack of money, but a lack of space. She then proceeded to show a vast amount of empty space surrounding the tiny dumbbell rack.

After much criticism, the NCAA finally addressed the issue. They claimed that it was due to COVID-19 challenges, as there was less communication and collaboration between the men’s and women’s committees, but added that was no excuse.

Dan Gavitt, NCAA senior Vice President of basketball, released a statement that said, “We have intentionally organized basketball under one umbrella (NCAA) to ensure consistency and collaboration. When we fall short of these expectations, it’s on me. I apologize to women’s basketball student-athletes, coaches, and the women’s basketball committee for dropping the ball on the weight rooms in San Antonio.”

However, it was not only the weight rooms that the NCAA was dropping the ball on. Photos were later released of the women’s “swag bags” compared to the men’s. The women received a small amount of gear including some toiletries, water bottles, a shirt, a pair of socks, a hat, and a few other small things. The picture of the men’s

gear fills up an entire bed including double the amount of toiletries, several large towels, a book, puzzle, hat, and many other things.

For me, the most overlooked and astonishing difference is between the men’s and women’s meals. The women were given prepackaged meals that do not look very appealing based on the videos shown by the players. The men on the other hand, were given a buffet to choose from, with not only more options, but healthier ones. This is what the athletes are putting into their bodies before the biggest tournament of their season! This not only affects how they play but their health and risk of injury as well. How you take care of your body is one of the most essential aspects of playing well and with so many games in such a short time, the athletes need to be watching what they are putting into their bodies and the women are not given a chance to do so. 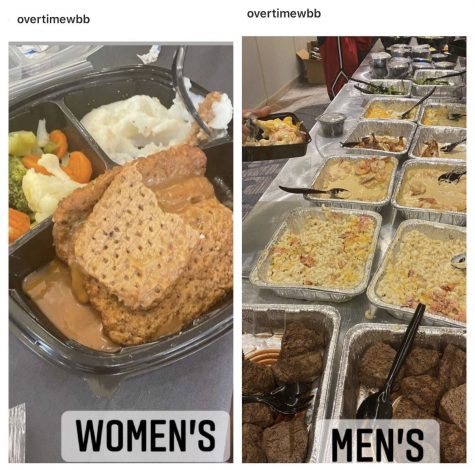 Legendary UConn women’s basketball coach Geno Auriemma came out with a statement discussing how the disparities are reflective of general inequality in women’s sport programs across America. He stated, “This has been a lifelong issue. This isn’t something new. What’s happening at the NCAA level is a small sample of what occurs every single day on every college campus, pretty much, throughout this country.”

The NCAA did try their best to fix the problem after it had blown up by bringing in more equipment for the women’s weight room but the fact that it had to get to this point is heartbreaking. Did the NCAA really think no one would notice? I mean it is really ironic that it is women’s history month and this is an issue that we are dealing with. It is typical America really. It just shows how far we think we’ve come but how much farther we still have to go to achieve true gender equality.

And for those who think that it is a lack of revenue and viewership that has caused this problem, look at the disadvantage the women are put at! As Auriemma pointed out, this is just a sample of what happens everyday in women’s sports. With less marketing, equipment, and attention, of course women’s sports are struggling to reach men’s sports. They are put at a disadvantage everyday, not just in this tournament.