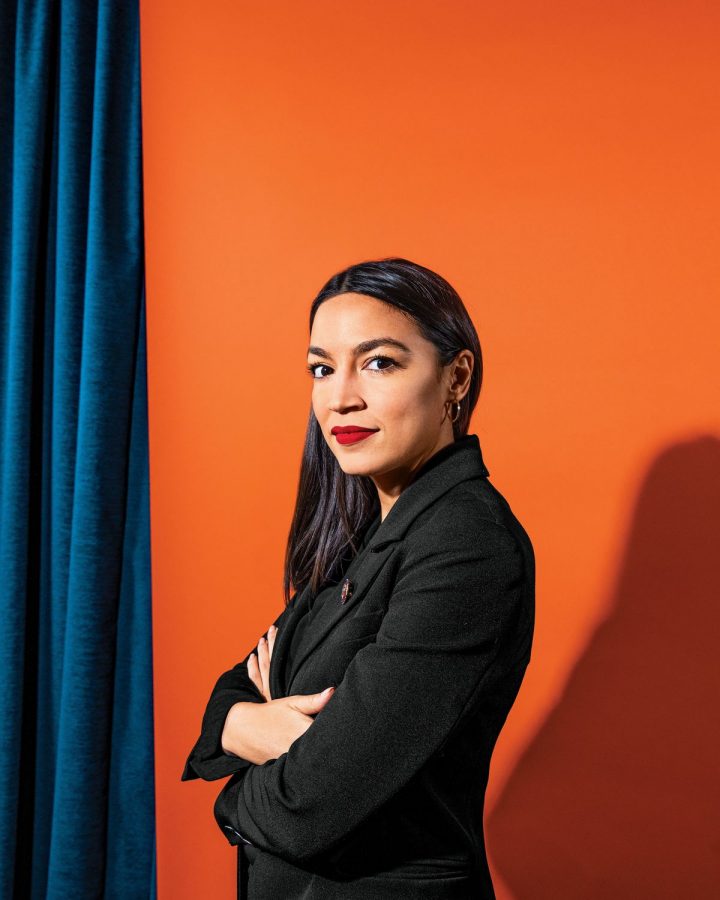 Samantha Nunez, In Our School/ In Our Town Editor

You might know Alexandria Ocasio-Cortez or AOC (her initials), as a congresswoman who responds with confident, fierce comebacks against other politicians on Twitter and her classic red lipstick, but did you know she was the first elected woman to Congress at the age of 29? Incredible!

Born on October 13, 1989 in The Bronx, New York to a Puerto Rican-born mother and Puerto Rican father who was also born in The Bronx, Ocasio-Cortez grew up mostly in Yorktown but commuted to The Bronx to see her extended family on weekends. Visiting The Bronx made her see the income inequality in the community as well as in some neighborhoods in Queens.

Ocasio-Cortez faced financial problems when her father, Sergio Ocasio-Roman, passed away in 2008, in which she had to work extra shifts as a waitress and bartender. Working extra shifts made her realize that working-class people weren’t paid enough. At the same time as working, she attended Boston University and graduated with a bachelor’s degree in Economics and International Relations and worked with late Senator Ted Kennedy at his office. Ocasio-Cortez got her experience by working cases to help immigrant families who were separated by ICE.

In 2016, she worked as the volunteer organizer for Bernie Sanders’ campaign in the South Bronx. She helped by being an activist and spread Sanders’ campaign across the Bronx and Queens. After working with Sanders, she started to become more devoted to helping fix the undergoing problems in New York that she’s seen throughout her life. This led Ocasio-Cortez to run for House in 2018 and beat Democrat candidate Joe Crowley, who had been serving the House for 10 terms, making her the youngest Democratic Socialist congresswoman serving the New York district and of Hispanic descent. She was re-elected for House in 2020 beating Republican John C. Cummings.

Since 2019, Ocasio-Cortez has continued serving working-class people as well as supporting to help with social, economic and racial justice. She has been a part of organizations like grassroots, DREAMers, and New Green Deal.

To find more information about Ocasio-Cortez visit this website: https://ocasio-cortez.house.gov/