The Show Must Go On at WOHS 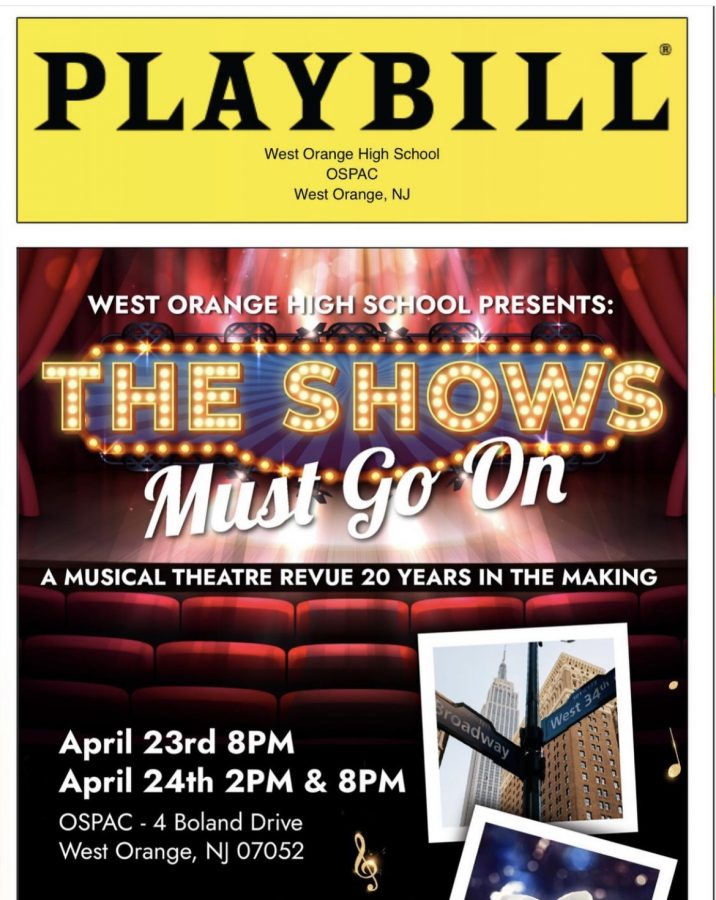 Even during a pandemic, West Orange High School still finds the time to put on a musical.

The name of the show, “The Show Must Go On,”  which was written by a student at WOHS, presents songs from musicals the high school has done in the past two decades. Some of these musicals are “In The Heights,” “West Side Story,” and “The Drowsy Chaperone,” which they sadly could not put on last year because of COVID.

The tickets went on sale at the beginning of the month, and many were sold for each show date (which was April 23rd and 24th, respectively) at the OSPAC Performing Arts Center, an outdoor theater. Tickets were sold online only to prevent unwanted contact, and spaces were limited to allow social distancing as well as safety for the actors.

A lot of effort is put into shows being performed during the pandemic. It’s wonderful to truly see West Orange’s theatre department shine throughout all this chaos and to see how West Orange has really shown its colors during this troubling time. This past school year (as well as a majority of 2020) has not been ideal, especially for the actors in the West Orange community, and it’s great to finally see them put on a show for the 2021 season. It still is awful that the Drowsy Chaperone wasn’t able to show in 2020, but I’m glad that West Orange High School was able to pull through this year.