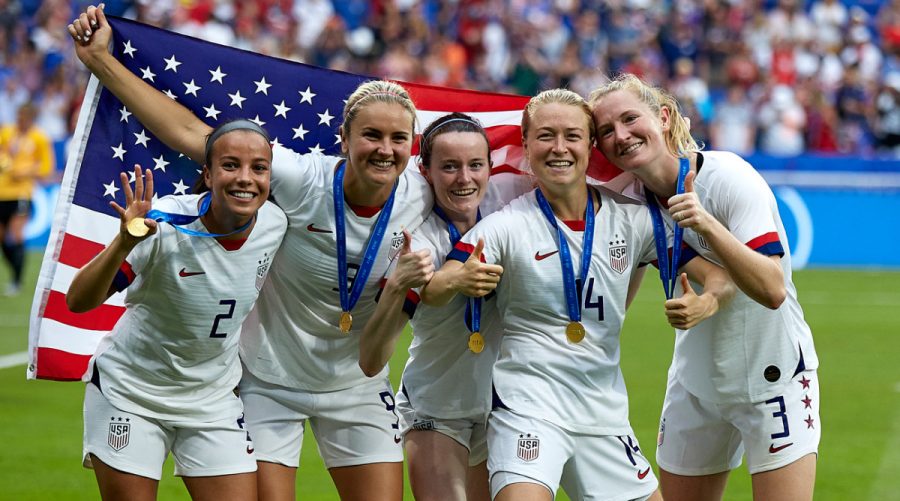 Heading off to the Olympics can be a very stressful time for coaches as they anticipate one of the most intense and prestigious contests in all of sports. Usually coaches deal with tasks like making sure their athletes are as prepared as possible, figuring out the best way to play these athletes, and tactics to overpower their opponents. However in the case of the United States Women’s National soccer team’s (USWNT) Vlatko Andonovski, he has to deal with cutting some of the best players in the world.

Now this is a very good problem to have, as the USWNT easily have the best depth in the world. Andonovski is dealing with cutting players that would be starters on the majority of the teams they will compete against. He will face the difficulty of slimming his team down to only 18 players to roster for the summer Olympics in Tokyo.

Before we get into the players who need to impress in the last few games before final cuts, let’s talk about the players that have solidified their spot on the Olympic roster.

Now the common theme among these players is experience. All of these players have played in some of the biggest games for the US and most of them are some of the oldest players on the team. They have all earned their spot on the Olympic squad and have proved themselves as some of the best players in the world. Currently Julie Ertz and Tobin Heath are injured but they are expected to be healthy in time for the event and I believe this will not affect their spot on the team.

Now time to discuss the players that are under more pressure and who are uncertain about their spot on the Olympic team.

Naeher has pretty much solidified her spot as the starting goalkeeper, so the question that remains is backup. Harris has recently been absent due to her new adoption of a baby with Ali Krieger but I still believe she remains the backup as of now. Campbell and Franch are both very talented but haven’t had much of an opportunity to prove themselves yet.

There are a lot of names on this list because I feel like this is the position most up for grabs. The center back positions are mostly taken care of by Sauerbrunn and Dahlkemper but those outside back spots are still uncertain. Sonnett and Purce have had many opportunities to impress Andonovski in the recent SheBelievesCup and both bring speed and an attacking presence to the position. However, Davidson seems like she might be the front runner for another defensive spot and Krieger will bring vast experience and might seem like a safe option. Cook and Fox recently came out of great college programs but might be too young and inexperienced for an Olympics this summer.

The midfield is already pretty established, but of these three, I think Kristie Mewis is the most likely to join the midfield core. She just recently made her way back into the squad after many years away and was ecstatic to join her sister again. She doesn’t seem like the biggest threat but everytime she has made an appearance in a game she has contributed greatly, sometimes even scoring in big moments. Howell is a young talent with a great future and Sullivan is always very consistent but I think Mewis has the edge over them.

Again, another position that is very up for grabs. Many would include Williams into the forwards that are definitely going to be rostered, but I have my doubts. She has started in recent games and is extremely athletic with incomparable speed, but her finishing and decision making around the goal is questionable. Others may group Lloyd into this same category and of course she has earned my respect and is a US legend, but may be aging out of the squad as there are other players that are more athletic and lively, for example Smith, Pugh, and Macario. These are some of the quickest and most talented youngsters on the team. Pugh has more experience than Smith and Macario, who are straight out of college, but has struggled in making recent rosters. All of these players will need to stand out in the next few matches.

There is certainly not a lack of talent amongst this roster and after a loss to Sweden in the 2016 Olympic quarter finals on penalties, this squad is looking for revenge.