Craziest Laws in The United States 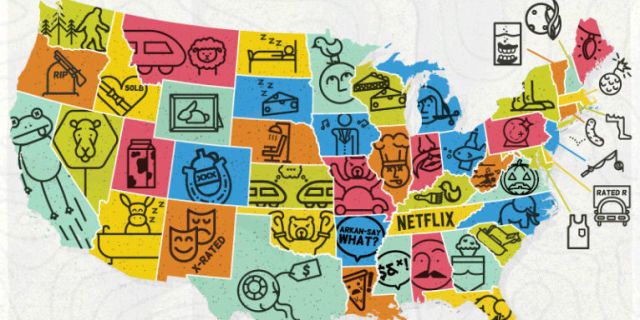 Everybody in the United States knows the typical, everyday laws. Don’t drink and drive, stop at a stop sign, and don’t steal things are all commonplace laws that everyone knows, no matter what their situation is. However, the United States also has some pretty bizarre laws that likely made sense hundreds of years ago, but have become very questionable in society these days. Let’s take a look at some of these laws and where they stand in modern times.

In Arizona, one law makes it illegal for donkeys to sleep in bathtubs. The story behind the law is that in 1920, a dam broke that flooded a rancher’s home. The rancher’s donkey had been inside sleeping in the bathtub when the flood came in and carried it miles away from the house. After finding the donkey, it became illegal for donkeys to sleep in bathtubs in Arizona.
In Arkansas, law states that no one can honk their horn near a sandwich shop after 9 p.m. While there is no official explanation as to why, it would make sense that this law is in place so that people do not disturb the peace of the late night hours.
This strange law in Minnesota makes it illegal for anyone to hold or participate in a contest, in which one tries to capture a greased or oiled pig. The same applies for turkeys as well. Clearly, they value livestock in Minnesota.
According to this law in Hawaii, billboards are illegal. The idea behind this law is that Hawaii’s beautiful oceans and beaches are the only advertisement the state needs, and billboards would ruin that. Therefore, this law was put into place banning billboards in the state.
Obviously, it is illegal to commit a crime. In New Jersey, however, it is even more illegal to do so while wearing a bulletproof vest. This law states that wearing a bulletproof vest while committing a crime makes it double the offense. For example, a first degree murder charge would be moved up to second degree if the criminal were to have worn a bulletproof vest.
In Bensalem, Pennsylvania, one law makes it illegal for any convicted felon to operate a bingo game.
In Oklahoma, a law makes it illegal to promote, participate in, or even be employed at a bear-wrestling or horse-tripping event. Bear-wrestling is exactly what it sounds like, and horse-tripping is when people try to lasso a horse’s legs while it’s running to get it to trip and fall. Both of these activities sound like strange ways to spend time, but they are both illegal in Oklahoma.
In Iowa, one law makes it so that one-armed piano players must perform for free no matter what. As if their lives weren’t difficult enough already.
So much for surprise gifts in Louisiana. This law makes it illegal to send goods to someone’s house without their knowledge. Violation of the law is punishable by up to a $500 fine.

In Arkansas, it is illegal to mispronounce “Arkansas” according to this law. Perhaps, if the spelling of the name wasn’t so confusing, this law would not need to be in place.