Recap of the First Episode of Loki 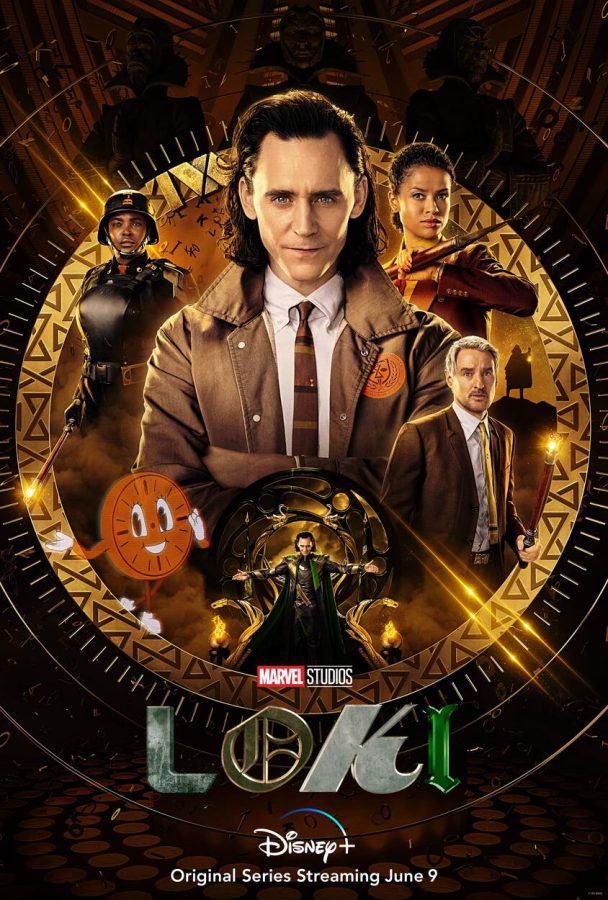 After Marvel delayed the release dates of films and miniseries (including WandaVision and The Falcon and The Winter Soldier), the third installment of Marvel’s miniseries, Loki, has finally come out on Disney+.

Loki stars Tom Hiddleston as the titular character, Loki Laufeyson, the God of Mischief, who reprises his role from The Avengers (2012) and all three Thor movies.

The series flashbacks to a scene in Avengers: Endgame (2019) where 2023 Scott Lang/Ant-Man (Paul Rudd) helps 2023 Tony Stark/Iron Man (Robert Downey Jr.) get a briefcase that has the Tesseract. Ant-Man runs inside Stark’s arc reactor and disables it, causing him to go into cardiac arrest and drop the suitcase. While 2012 Thor (Chris Hemsworth) tries to revive him with his hammer, 2023 Ant-Man pushes the briefcase towards 2023 Tony Stark to find himself dropping the case after 2012 Hulk storms out the door.

The suitcase opens in front of 2012 Loki (Tom Hiddleston), who is about to go to prison in Asgard, grabs the Tesseract and vanishes. He lands in the desert, but guards from the Time Variance Authority (TVA) find him and take him to their headquarters. He meets Casey (Eugene Cordero), who works at the front desk of the TWA, Hunter B-15 (Wunmi Mosaku), a serious guard at the TVA, a time judge (Gugu Mbatha-Raw), and Mobius M. Mobius (Owen Wilson), an agent at the TVA. Sophia Di Martino and Richard E Grant have been cast in undisclosed roles.

Upon meeting Loki, Agent Mobius sits down with him to get to know him better and to take a look at his file containing every event that has happened to him throughout time. Loki acting mischievous showed the TVA that he should not be messed with, especially after escaping Mobius when he is not looking after asking the question: “Why do you like hurting people?”

While attempting to flee, Loki discovers that the TVA has infinity stones, questioning everything he’s ever known, and heads back to the room. While looking at the file, he finds out everything that happened to him in the original timeline (including his mother’s death, bonding with his brother Thor and his death), causing him to cry. Mobius finds him and gets a response to his question: “I don’t enjoy hurting people. I don’t enjoy it. I do it because I have to, because I’ve had to. Because it’s part of the illusion… it’s the cruel elaborate trick encountered by the weak to inspire fear.” Though he calls himself a villain, Mobius does not think so.

This is the first time I’ve seen Loki get vulnerable and emotional fast since it takes him years to open up to the ones around him in the original timeline.

I am looking forward to seeing what happens in the miniseries and see Hiddleson bring something new toward his character.

Loki is now streaming on Disney+ every Wednesday starting June 9 and will have six episodes.