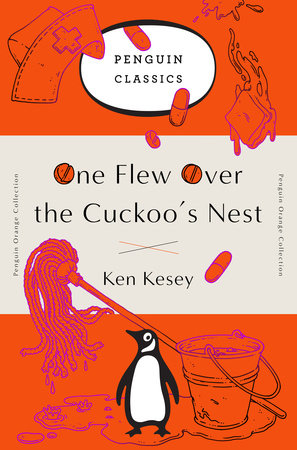 Now that the school year is a week from being over, the rollout for summer assignments has begun. Unfortunately, it also begins the time of trying to procrastinate the work for many Advanced Placements students. So here are four books to choose from for your summer reading.

1). Red at the Bone by Jacqueline Woodson

“Moving forward and backward in time, Jacqueline Woodson’s taut and powerful new novel uncovers the role that history and community have played in the experiences, decisions, and relationships of these families, and in the life of the new child.” –Penguin Random House

2). One Flew Over the Cuckoo’s Nest by Ken Kesey

“Boisterous, ribald, and ultimately shattering, Ken Kesey’s One Flew Over the Cuckoo’s Nest is a seminal novel of the 1960s. Here is the unforgettable story of a mental ward and its inhabitants—a counterculture classic that inspired the 1975 film adaptation, widely considered one of the greatest movies ever made.” –Penguin Random House

“Mary Shelley’s chilling Gothic tale was conceived when she was only eighteen, living with her lover Percy Shelley on Lake Geneva. The story of Victor Frankenstein who, obsessed with creating life itself, plunders graveyards for the material to fashion a new being, but whose botched creature sets out to destroy his maker, would become the world’s most famous work of horror fiction, and remains a devastating exploration of the limits of human creativity.” – Penguin Random House

“Set in post–Civil War Ohio, it is the story of Sethe, an escaped slave who has lost a husband and buried a child; who has withstood savagery and not gone mad. Sethe, who now lives in a small house on the edge of town with her daughter, Denver, her mother-in-law, Baby Suggs, and a disturbing, mesmerizing apparition who calls herself Beloved.” –Penguin Random House