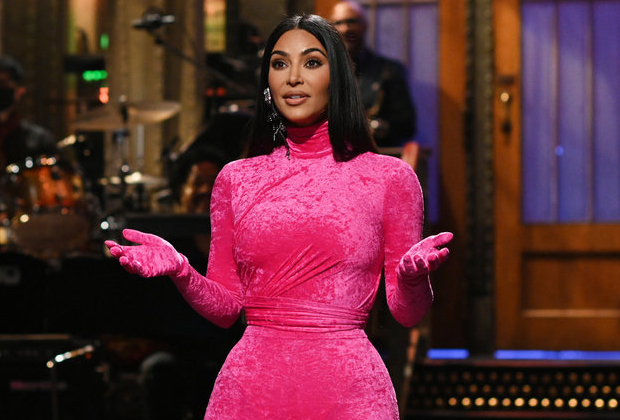 Kim Kardashian is one of the most dominant pop-culture voices of this century. Known for her dynamic family, successful clothing line Skims and stunning figure, many did not expect the Kardashian to venture into comedy.

She sure did impress.

Kim was absolutely stunned by her monologue.

Kim’s self-awareness shocked the audience by cracking jokes about her godfather O.J Simpson, ex-husband Kanye West, and her leaked explicit videos. Dressed in pink head to toe, Kim lit up the stage of the over 40-year-old variety show.

Another great thing about Kim’s SNL performance was its ability to create memes. Her hosting gifted us with a hilarious sound bite of the mogul and cast members Bowen Yang and Aidy Bryant dressed in pink latex and wigs with Kim shouting, “Hey, all you corporate freaks!” to fake Costco executives.

It was incredibly exciting to see such a figure of luxury, the 1%, and social media glory to be down to earth, embracing the hilarity of the 2020s.

Celebrity appearances cannot be mentioned without bringing out the night’s Bachelor spoof. Titled “The Dream Guy”, Kim plays a single woman on a dating show selecting the men she likes through a token ceremony. There has never been a louder audience gasp in Studio 8H than last week’s audience seeing this star-studded group of men. Chace Crawford the star of 2000s hit Gossip Girl, Tyler Cameron of The Bachelorette, Chris Rock, Jesse Williams of Grey’s Anatomy, Brooklyn Nets player Blake Griffin, and WWE legend John Cena all lined up alongside Kyle Mooney (playing a nerd named Zeke), as Kim goes down the line choosing everyone but Zeke. Most notably, Amy Schumer ran into the scene for a quick cameo.

One of the many upsides of a new world is seeing an unexpected funny woman Kim Kardashian killing it on SNL.