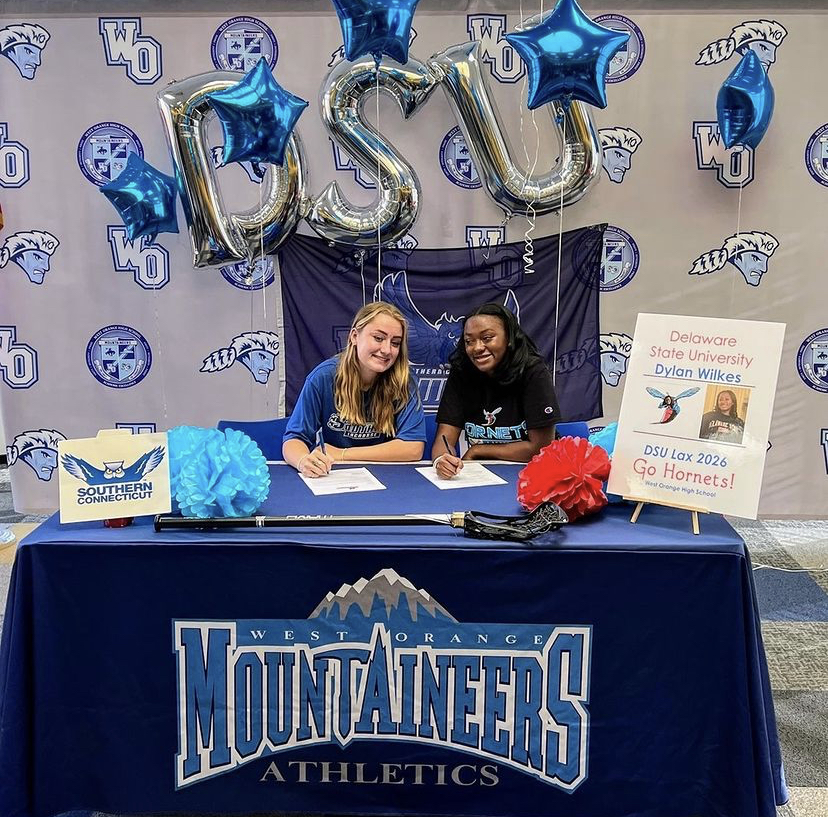 It was a stirring scene as teammates, friends, and family watched the pair sign their letters. Wilkes described the moment she put pen to paper as “emotional,” stating that she “felt the support and the love” of her WOHS family. When asked about her favorite memory as a Mountaineer, she responded, “My one-hundredth goal. During COVID, I hit my 100th goal, and that was amazing, but it was also emotional.” Wilkes is excited to start her next chapter playing Division 1 lacrosse at DSU. When asked about the school, she stated, “…when I was there, I didn’t feel uncomfortable. I felt like I could be myself.” 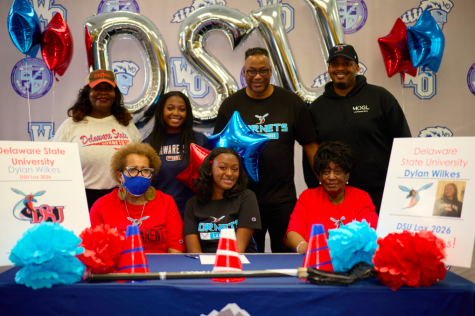 Nolan also described the poignant nature of the event. Recounting the moment she signed her letter of intent, she said, “I went in kind of confident. Like I didn’t think that I was going to cry- I didn’t think it was going to be that emotional. At some point, I just kind of lost it, and it was like happy tears.” Nolan also acknowledged coach Candice Christian’s support, stating, “I feel like if I had to credit anybody for teaching me how to play the sport at the most basic level, it’s her. She taught me everything.” 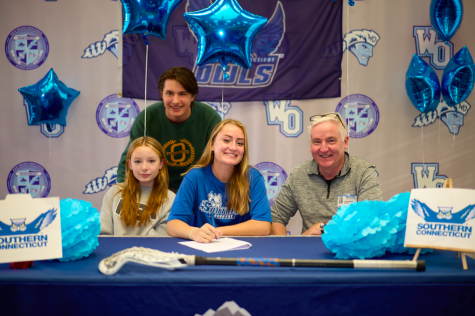 It was also an emotionally rewarding day for girls lacrosse head coach Sean Devore who has watched Wilkes and Nolan develop since their freshman seasons- the first year girls lacrosse was introduced to West Orange High School. “It shows the culmination of all the work they’ve put in,” he said. “They’re great leaders for the team, and this is kind of the end of it all. They get to go and represent their school at the next level. But I’m very proud and happy for them. This is a  really cool moment.” But he’s also focused on the upcoming season, adding, “And, you know, now that this is done with, they got their moment, which is great. Now they can focus on their lacrosse moving forward which is a good thing too.”

The West Orange Girls Lacrosse team will begin their season this spring looking to build off their previous success with the help of both Wilkes and Nolan.